One question, one why? 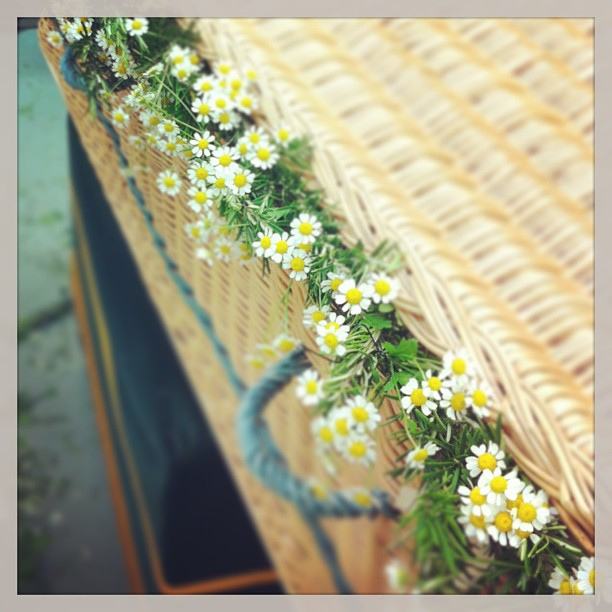 so carefully woven into a casket.

Six foot long and as wide as a life,

it cradles the memories of a girl, mother and wife.

She nestles in the silk like meadow picked flowers.

waiting for the moment that her soul lets go

of a body enchained to a world far below.

She remembers warm lanes with her sister and brother,

mimicking the lambs who bleat for their mother.

Pedalling so fast, the wind in her hair.

Free as a dove, as light as the air.

She plucks at a vision of Summers by the sea.

Before there were husbands, pushchairs and pee.

The days before bruises on thighs, backs and heads,

eons before sunset when she was finally dead.

she thinks of the last ritual her husband performed

on a body so fragile, gone in a sigh.

She leaves us with questions, one question, one why.

This has been an exciting week; my writing group hosted an evening of poetry and prose with many of the writing group members sharing work with the public!  I decided that I would share a couple of poems including the one above.

I posted this on the blog some time ago; but I was never perfectly happy with it.  The original last verse did not quite conclude the poem as I wanted; it was too obvious, too big, too ‘in your face’ – but at the time, it was all I had:

For me, it jarred against the lightness and the subtly of the previous stanzas.  It screamed at you!

Knowing that the poetry event was coming up, I had another look at it and one morning, I stayed in bed long after my normal time,  reciting the poem over and over in my head.  I thought of the character I had developed, a girl so light and free, a woman enchained, and wondered would she be that bitter at the end?  Or somehow shocked, disbelieving, almost numbed by her life?  And grieving, what is one of the stages that people go through but asking questions which have no response…

And in that moment, I thought I had it cracked!  Only one more change – the title – and then the drafting was over!

Hope you having a great Saturday!  Happy writing!